It's been awhile since my last update so hopefully this large update will keep you all sweet and make up for the delay between posts.
I hope you all had a great Christmas and new year and Santa brought you all wonderful gifts and much food and beverages were consumed by you all.

In the spirit of new years resolutions, spring cleaning and all that guff I tidied up my work area ready for 2013 and also managed to nab some 'paint racks' whilst Christmas shopping: 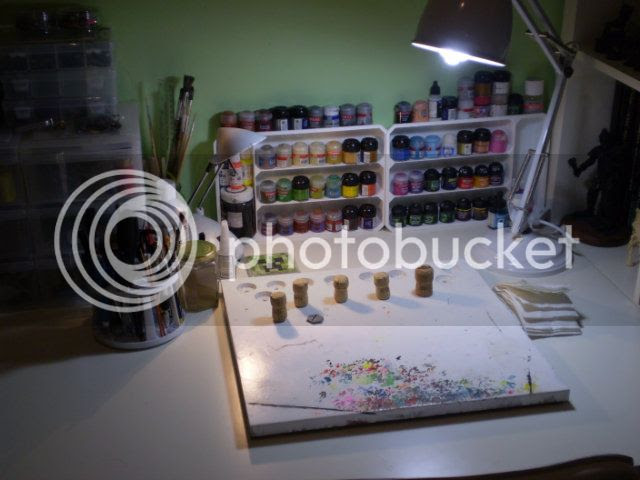 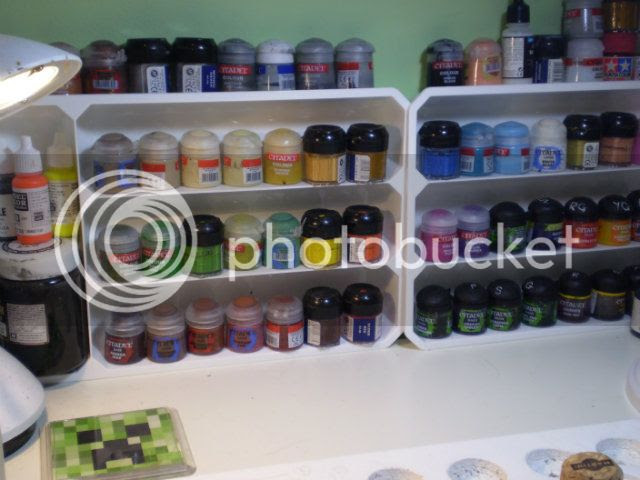 My paint racks are in fact cutlery trays from Clas Olson, that fit my needs perfectly:
http://www.clasohlson.com/uk/Reda-Cutlery-Tray/Pr349666001

In the couple of days since taking these pictures it looks like my desk has been hit by some kind of explosive devise but generally that's a good indicator of progress.

Just before the Christmas frivolities began I managed to finish a couple of figures that have been sat half finished on my desk for awhile: 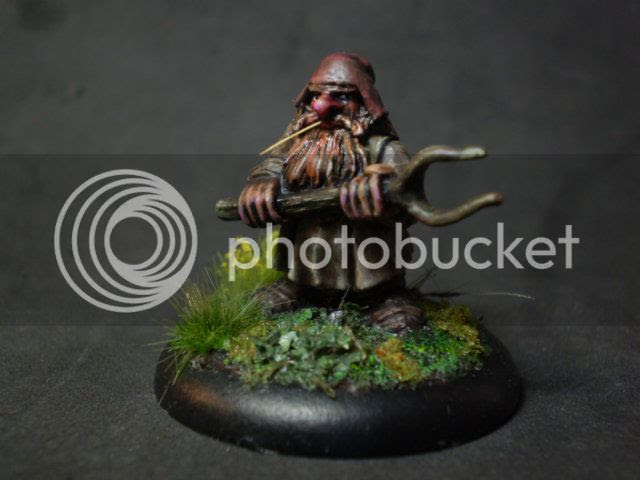 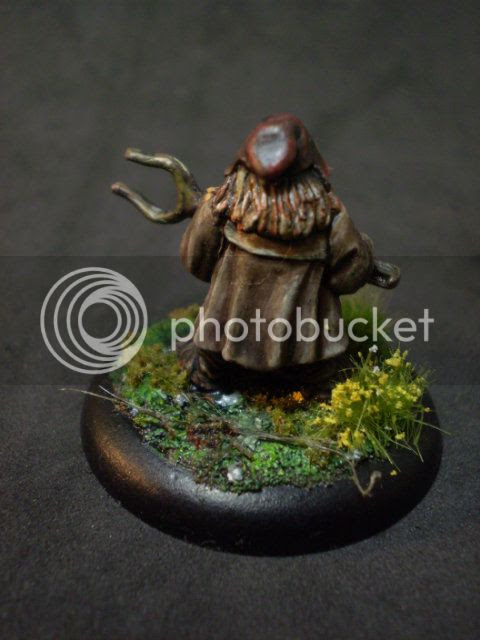 First up we have a pre-slotta citadel Dwarf farmer  that I can't seem to find catalogued anywhere. I tried to keep the colour scheme ruddy and earthy and went for a really dark skin-tone on his face which took forever as it was never quite right. The straw in his mouth is a tiny piece of off-cutting from a door mat dipped in varnish applied with tweezers and held steady until it set.

Next up we have one of the early Citadel Gnomes: 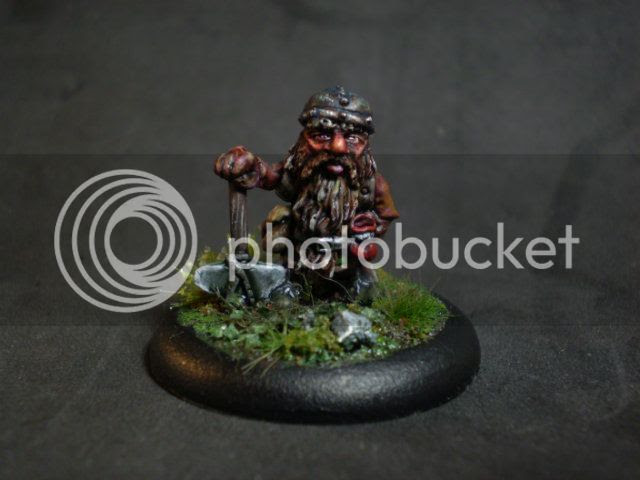 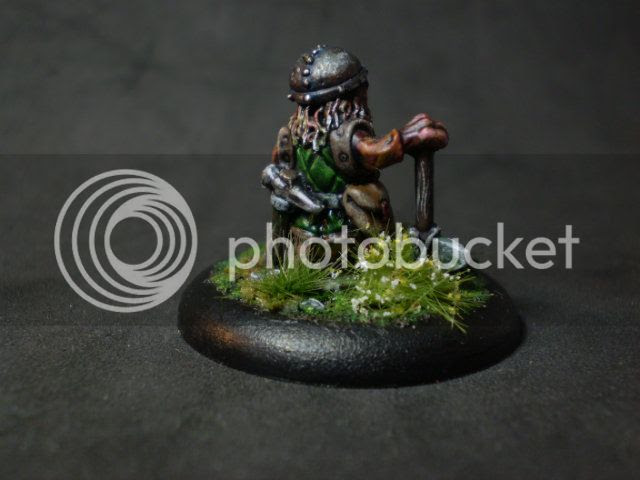 Again I went for a more ruddy red skin tone rather than a more pink human tone.

That's all for now on the Fantasy front, Next up we have a couple more of the Sci-fi mini's.
First up we have Gordal Luggub form the Rogue Trader Space Ork command Group, check out Orlygg's Slowburn Rogue Trader blog for some pics of the whole range:
http://warhammer40000roguetrader.blogspot.co.uk/ 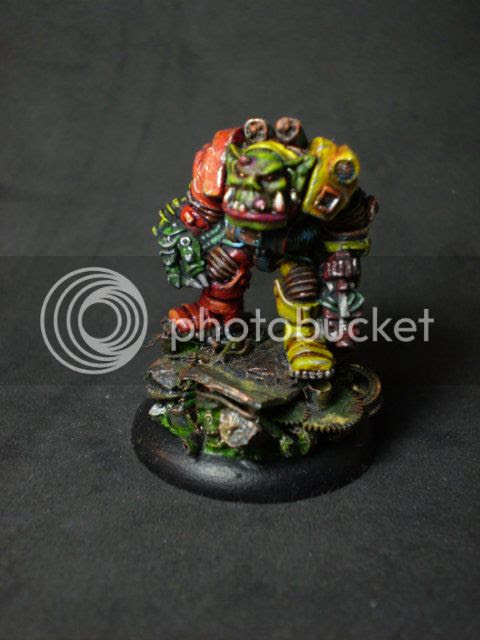 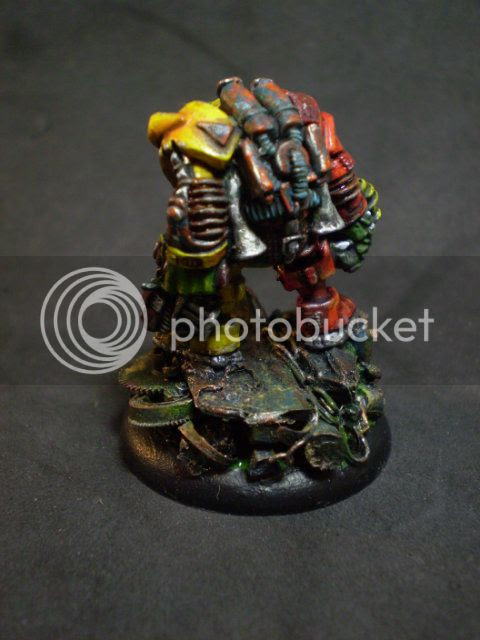 Next up we have an early necron from the Space Crusade boxset: 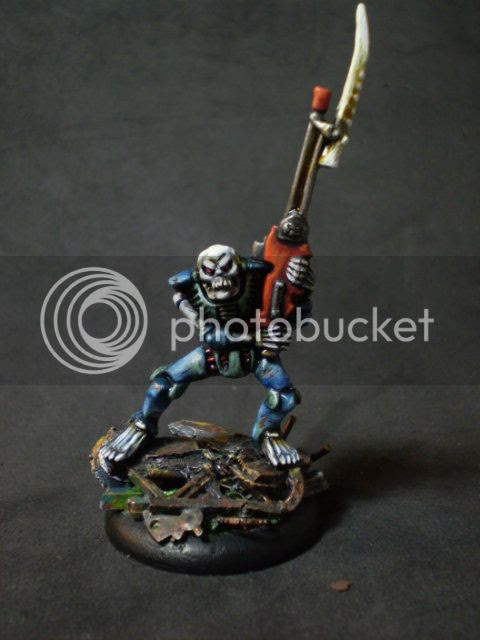 Lastly on the sci-fi front I finally painted up an ancient Ral Partha Battletech Centurian that was one of the first mini's that I ever owned. 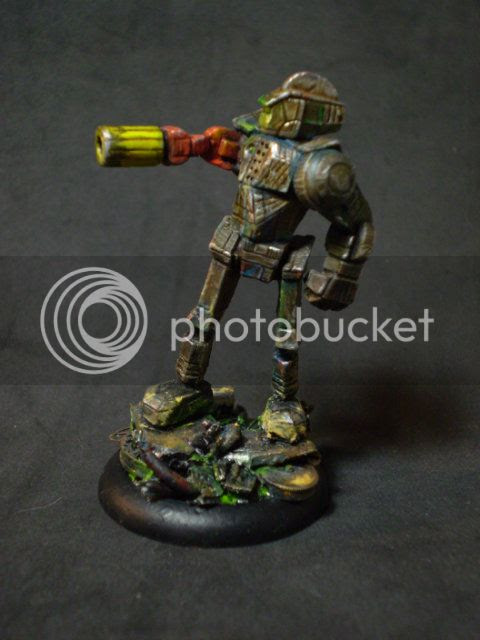 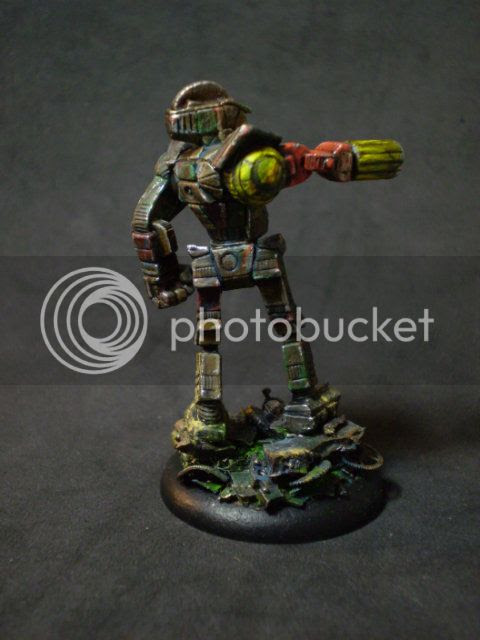 He's currently serving as a battered much repaired combat robot rather than a huge hulking mech.

Now to the Christmas loot, my brother gave me a ton of his old mini's that he'd dug out of storage which is Fantastic and will keep me going long into the future, so mega cheers if you're reading this Owen!
I'm going to spread the pics over the next couple of updates as there's a ton and my blog may end up being a little pic heavy on the unpainted lead side of things and I'd like to keep it colourful and not bore you all with pics of unpainted lead. 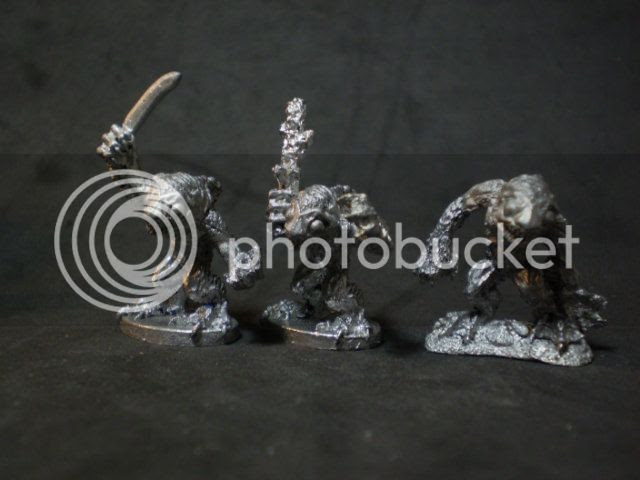 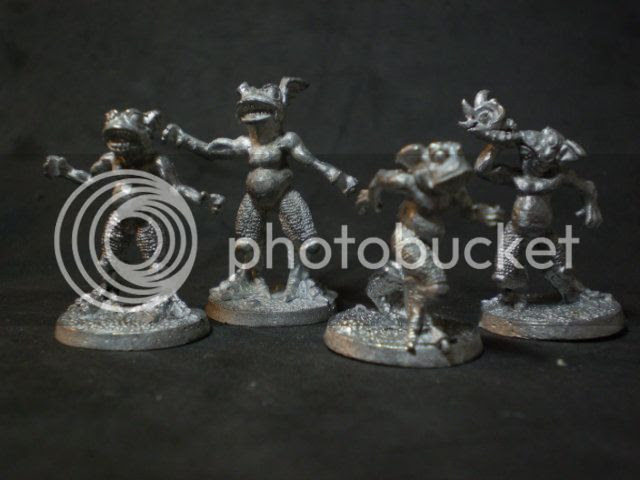 TSR Sahuagin's, these came without any weapons so I'll be sorting out my own weapons. 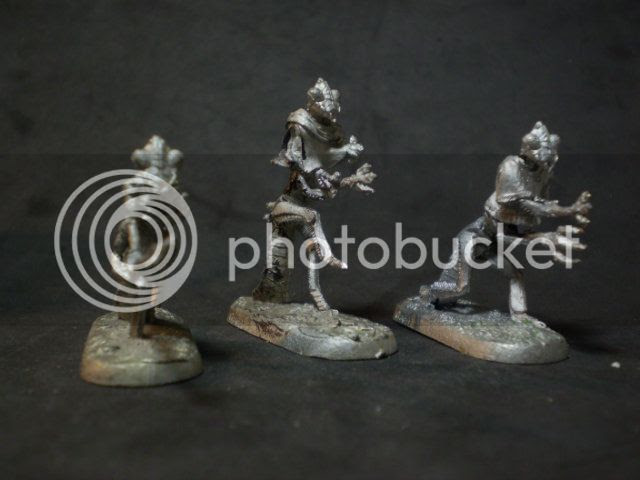 More TSR mini's again, Thri kreen, looks like I'll be making an insect based war-band at some point in the future then.

I also received from my sister a box of the GW Goblin Hobbit mini's which I think are awesome and could work in tons of settings, I'm internally debating whether to 'sci-fi' up half the box with guns etc and keep the rest 'Fantasy' or keep them as intended? 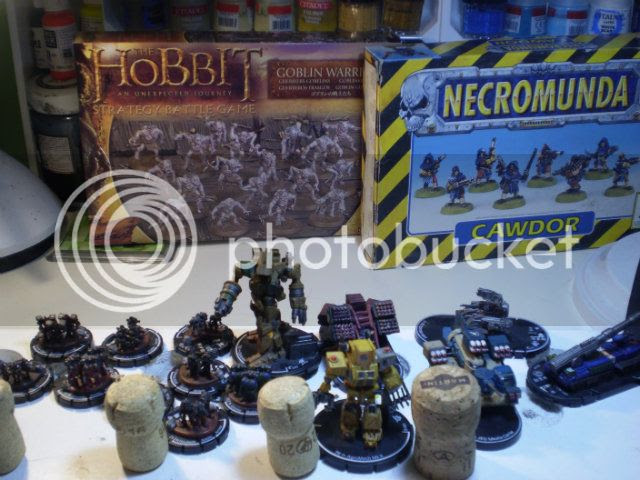 Also as part of the mega bundle from my brother was a whole Necromunda Cawdor gang and some Battletech Hero clix stuff that should come in handy for the Sci-fi stuff I'm putting together.

Next up on the painting table, hopefully with some better WIP shots and a Sunday update is the start of a fishman/aquatic Warband using the Christmas deep ones and Sahuagin and some other suitably fishy mini's I've dug out from the pile.

Also lastly a big welcome to my two new followers!!