Howdy blog watchers long time no speak, how's it going? Sorry for the distinct lack of updates recently, sometimes the hobby mojo's not there and I don't like posting if I don't have anything to show off. My creativity was sparked with some amazing recent ebay scores, the first being this huge pile of old school goodness for the princely sum of £32:

This is how it appeared on ebay so I took a gamble and placed a bid, the lead gods were smiling that day and verily they decreed that the haul was good and the rot nil.
I'll post up separate pics of everything I've sorted out at the end of the post if you fancy a look.

Here's a couple of shots of the first two mini's I pulled out the pile and subjected some brush work. First up we have a Fantasy Specials Female Tortouress with sword from around 82 (I think):

Not sure why I went with the blue on the sword and shield but I think it works really well in contrast with the flesh-tones and the red cape. Not really sure if it's that noticeable but  on the left hand side of the base I've added a tiny little mushroom that I knocked up a batch of: 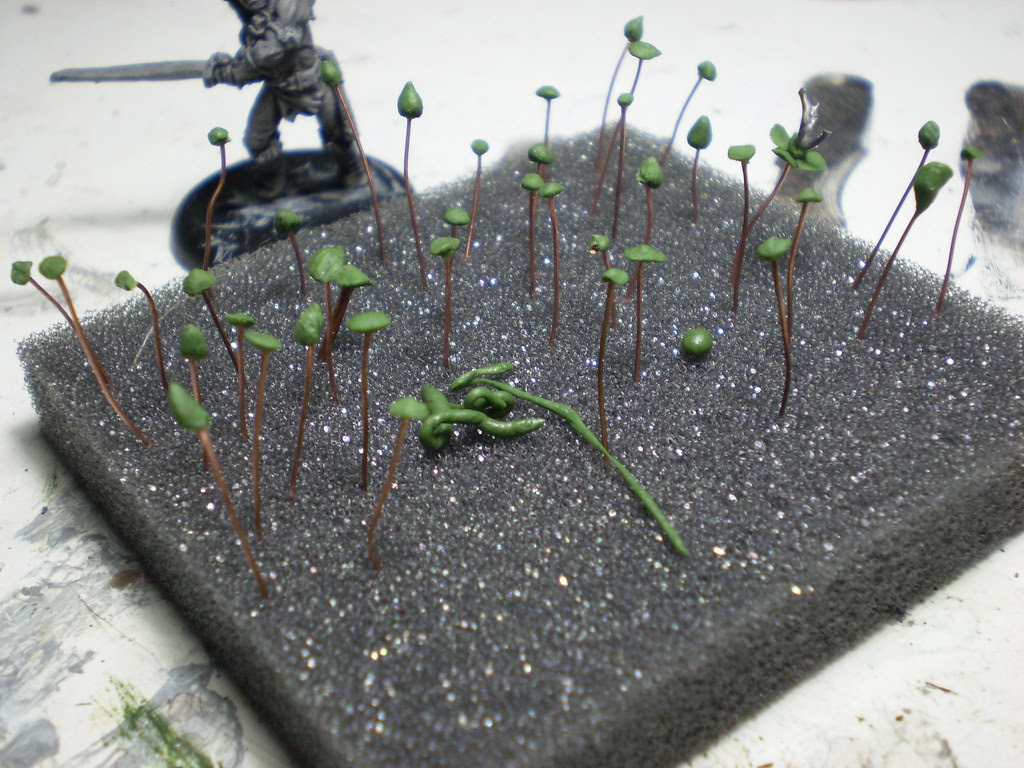 Next up we have a citadel Barbarian that I can't for the life of me find on Stuff of Legends so I'm not sure what range he's from: 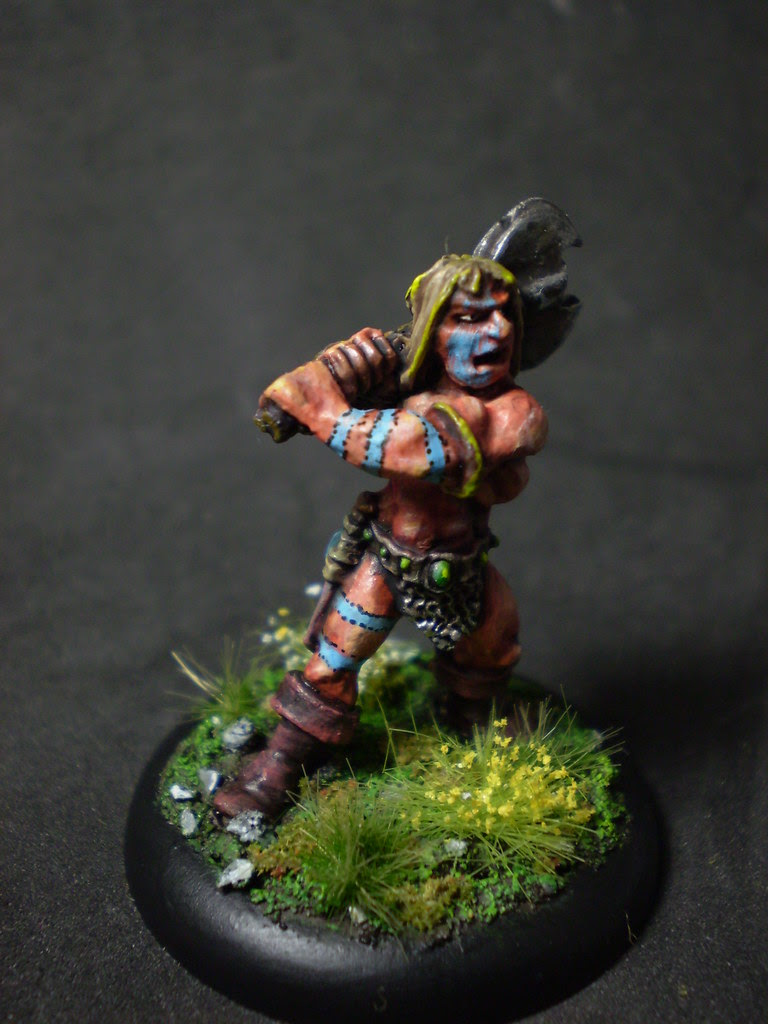 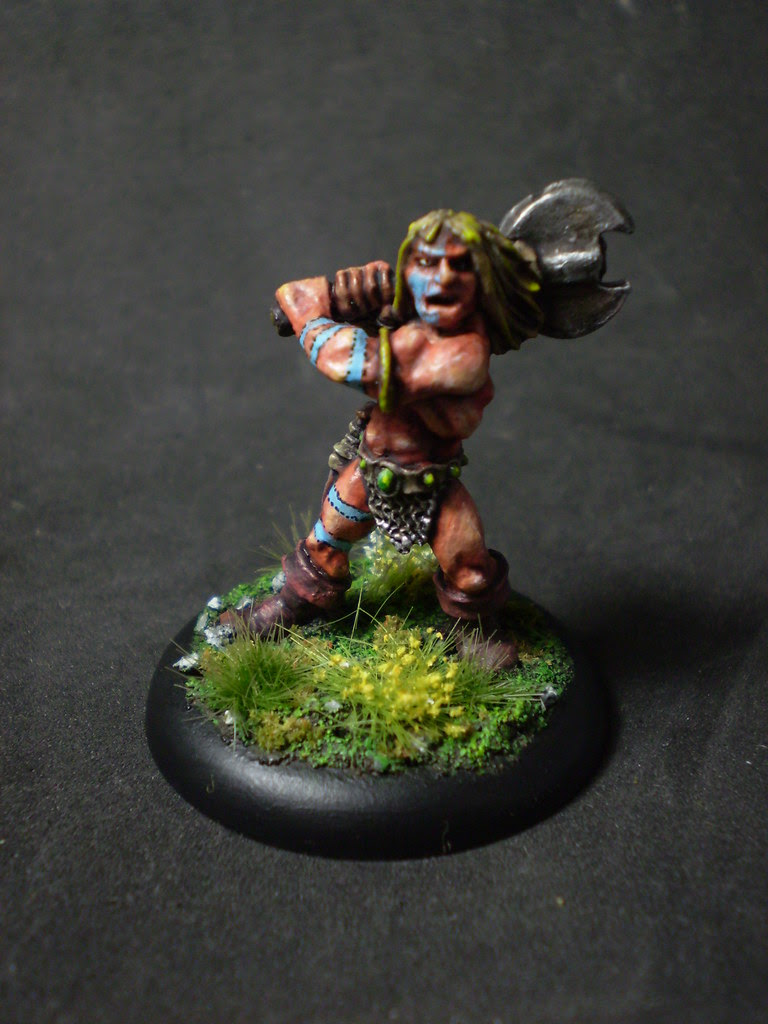 This week I also came across this great idea from Chris's Gaming Journal that I've stolen, he's basically used a Magic the Gathering card creating program to create cards for his All Things Zombie campaign:
http://cthulhuchris.blogspot.co.uk/2013/06/15mmcouk-hooded-executioners.html
I ran with this idea and knocked up some cards using the Song of Blades and Heroes rules and an online warband creator (http://www.wombatzone.com/files/SBHform.html)

The idea behind the cards is that I can grab any of my painted mini's dig out the corresponding card and knock up a warband quick sharpish, so far I've got about 60 cards and I've just got myself a printer so I don't have to sneak print things at work anymore and I can churn out cards as and when I finish a mini.

The warband creator lets you create brand new creatures and classes and totals up the skills etc and gives you a points cost which I've added to the top right of the card.

Back to the initial haul, I've managed to strip a lot of the stuff already and undercoated and based up some choice pieces ready to sit on my shelves for an age, I'll save listing where everything's from and which range until they re actually finished but as far as I can tell most of the mini's are really early Citadel slotta and pre-slotta: